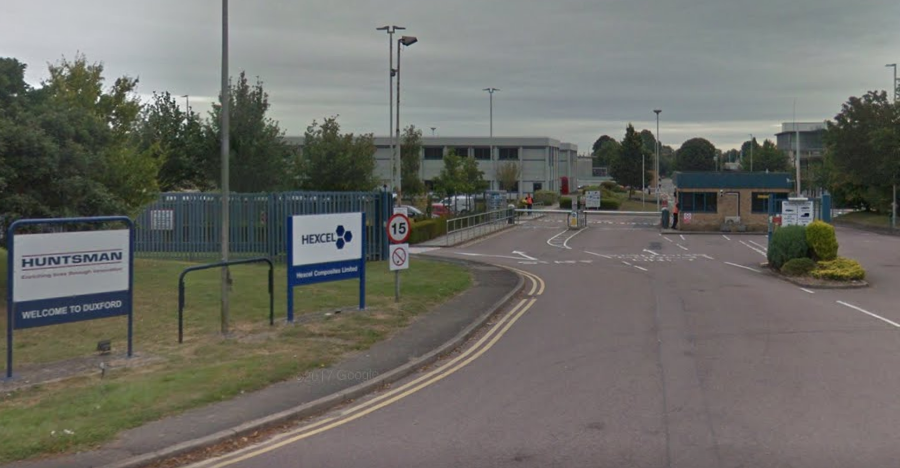 Existing hardware, systems, software licences and system performance were audited by Astec, and a series of recommendations for improvement were put forward, with future supportability as a key area of focus. Several improvement possibilities regarding the SCADA systems, network topology and replacement of obsolete parts were highlighted. The SCADA system used an in-built iFIX security facility which provided usernames and passwords for the system but did not enforce password complexity rules or expiry periods. System users regularly left themselves logged in to operator terminals when they vacated their work areas, which posed a security threat where unauthorised personnel could effectively control the production equipment.

Following recommendations from Astec and an internal security audit, Huntsman initiated the Active Directory project. Active Directory is a Microsoft product that consists of several services that run on Windows to manage permissions and access to networked resources. The main objective was to improve the level of control over operator access to vessels.

The initial phase was to configure a staging system. This was carried out off-site at the Astec offices, and provided an accurate representation of the real system so general operation and ‘look & feel’ could be observed.

In addition to rigorous unit and system testing, Astec conducted acceptance test campaigns at the start and end of system delivery to ensure Huntsman’s parameters were met. The new physical servers and the completed Active Directory were then installed. The domain controllers were configured as VMware guest machines, hosted by two new VMware host hypervisors. This introduced a virtual architecture and provided a foundation for future virtualisation of the software infrastructure. It also provided a level of abstraction between the hardware and software layers, mitigating future risk of operating system obsolescence and significantly reducing the time required to replace server hardware.

Once the two domain controllers (for redundancy) had been introduced, an Active Directory Domain was implemented in two of the production areas. Astec investigated the existing network architecture in detail, and then designed the Active Directory Domain architecture. The system design included the security model; security groups, group membership, password complexity rules and SCADA integration.

By implementing a Windows Active Directory domain for the control system network, the old in-built security model was discontinued and changed to a domain security model. Operators must now log in to the system with a Windows username and password that is subject to password complexity, expiry and retention rules. This overcame previous concerns for system security, and provided a foundation for more formal procedures. The new IT-centric system architecture is now capable of meeting Huntsman’s current and future needs.

The Engineering team at Huntsman already had an existing support service in place with another provider, but were looking for more flexibility. Astec were able to design a tailored support package to meet their needs, and provided a guaranteed cost of support. The 3 year SLA agreement includes access to the Astec support helpdesk during standard operating hours and out of hours, with query acknowledgement within a 2-hour timeframe and investigation within 4 hours.

Work began for the second, most recent project in June 2018. An existing physical server would be reprovisioned to house a Historian and a guest server would be configured as a new Microsoft SQL instance, for the new Alarm Management solution. The Historian archives process data from the existing SCADA, and provides additional data for the Alarm Management reports. Astec virtualised the existing physical server using VMware ESXi as the hypervisor, with the new guest server hosted on the physical server. Huntsman provided their KPI data so it could be used to produce useful visual representations for a ‘helicopter view’ of their operations. 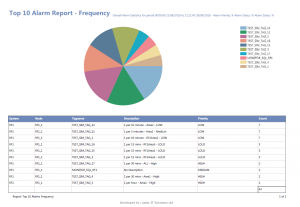 A new report was created to provide a key alarm information from the production system, and conform to the EEMUA 191 guidelines. KPIs for this report included: –
• Average alarm rate
• Peak alarm rate
• Number of standing alarms
• % of alarms of each priority
• Priority distribution

The new report’s drill down structure with additional hyperlinks provided users with access to more insights, such as alarm priority counts, tag descriptions and top 10 most common alarms. On completion of the report design work, the existing Webspace and Reporting Server was configured to enable access to reports from outside the Huntsman Production LAN.

The SQL Server databases that held the alarm and event information were configured to automatically purge old data. This limits the indefinite expansion of the database tables so the database is kept from growing to an unmanageable size. The SQL Server makes automatic daily backups of each of the databases used for capturing alarms and events. A rolling 7-day backup ensures that the database can be fully restored in the event of system failure or data loss.

Installation of the Historian was completed over a 3-month period including design, development, testing, installation and commissioning. The commissioning was completed following the installation within a 4-day period. The new servers can house existing and future servers and clients in virtual machines, cutting down on storage space and hardware maintenance costs. The Historian now logs a comprehensive number of signals so the client is able to carry out targeted investigations into incidents and quality issues, using accurate and reliable data. The Alarm Management Dashboard enables more effective interpretation of KPI data, and a range of automated reports deliver multiple benefits around efficiency of operations.

The project was delivered within budget and agreed timescales, with only minor teething problems with the reverse proxy. Astec provided regular weekly updates to the client during the project via email reports and was delighted to receive positive feedback from Huntsman’s lead Electrical & Automation Engineer on the project, Carlos Cardoso.

“We were very satisfied with the outcome of our information technology project with Astec. Their team responded well to the challenges we were facing, particularly those involving licensing delays. Overall, documentation of the project was of a very high standard and we would not hesitate to recommend Astec as a software partner for future projects.”