Skip to content
Part 1 – Don’t make do and mend 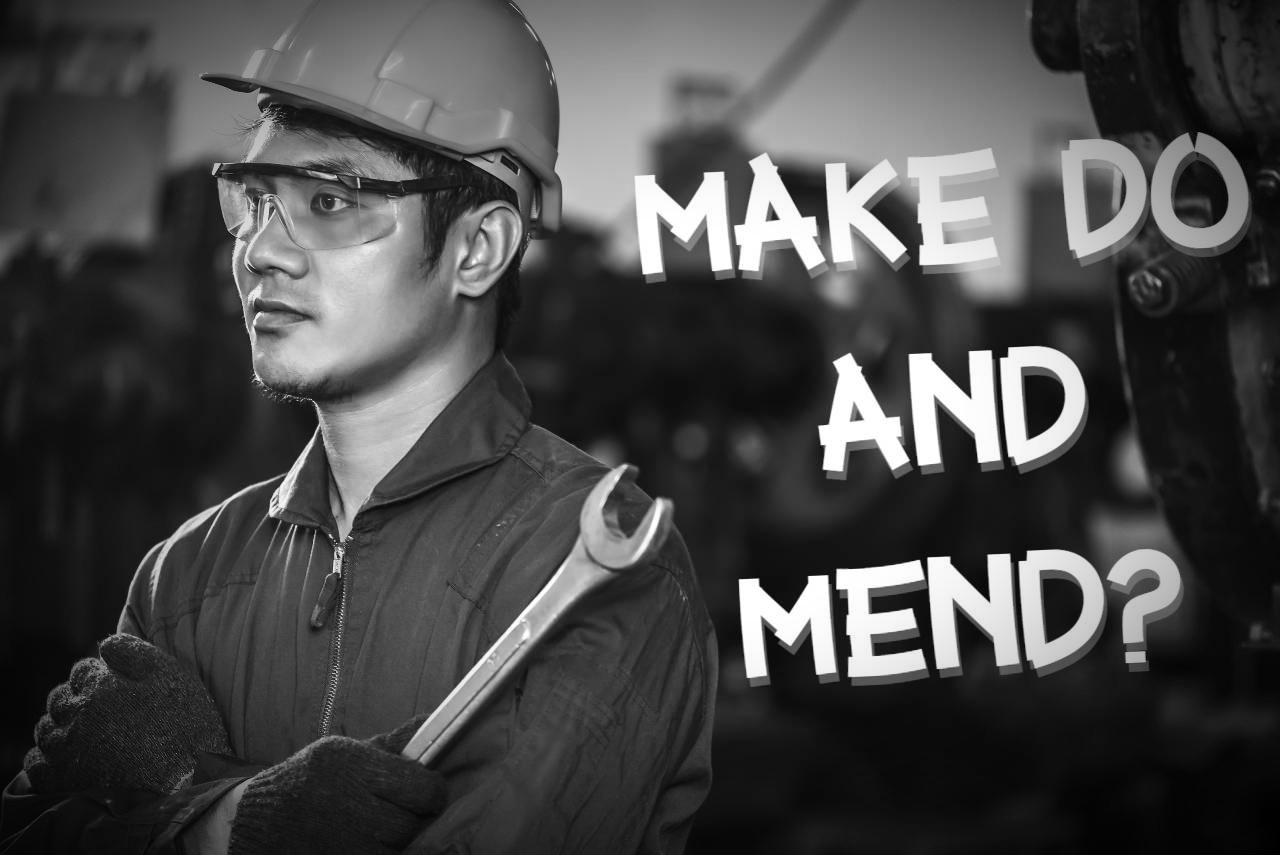 This is the first in a series of articles under our label “Fit for the Future“, in which we discuss how our manufacturing and industrial sector can be become more efficient and competitive, whilst adjusting to a constantly changing environment. In this first article, ‘Don’t make do and mend’, we look at the factors that have caused the UK manufacturing sector to underinvest in new technology and what this means.

During the second world war, the Ministry of Information used the ‘Make do and mend’ message to encourage Britons to do whatever they could to extend the life of clothes due to strict rationing. Over time, the message engendered an attitude of getting the most out of anything to avoid wasting precious resources and disposing of items that may have some remaining useful life.

At the same time, the manufacturing industry was being encouraged to be innovative, with new technology and methods applied to everything in an attempt to defeat the Axis. Our liberty depended on us developing weapons and technology that would change the course of the war. This led to many technological breakthroughs from jet engines to radar, bouncing bombs, rockets, satellites, freeze dried coffee and superglue.

Many of these inventions may not have made it without the war effort due to the seemingly excessive costs and lack of application during peacetime. Yet, we could hardly imagine a world today without jet engines and freeze dried coffee, so the constant push for innovation has delivered some remarkable, life-changing inventions.

So why does it feel like the make do and mend philosophy undermines UK manufacturing 70+ years since the end of the second world war? It’s almost as though without a national crisis, individuals take the make do and mend mentality into the manufacturing environment which stifles innovation. Recent studies suggest investment in manufacturing is lower in real value terms now than at any time since the end of the war and in this is evident in many manufacturing facilities, with spares being purchased from eBay and obsolete software systems being virtualised to remain viable on operating systems that are seriously beyond their expiry date.

This prevents enormous efficiency gains being realised through technological improvements and increases the risk of cyber attack which often exploits a vulnerability in an outdated software system for which no updates are available. It also affects employee retention and talent attraction, with the brightest entrepreneurial spirits seeking employment elsewhere, often at more innovative and ambitious competitors.

In the face of competition from countries such as China and India and threats to trade caused by Brexit leading to the negotiation of individual trade deals over the next few years, the UK manufacturing sector must continue to innovate to stay ahead of the competition. Innovation will lead to more efficient and effective manufacturing processes, boosting productivity and yield. It will also lead to more energy efficient processes, reducing costs and helping to close the gap to a net zero carbon manufacturing industry.

How much of this could be technology for technology sake? Indeed, did we need to go to the moon? Maybe not, but without the technological leaps we made in pursuit of putting a man on the moon we would have never achieved that goal, an exercise which in itself has led to numerous other inventions we take for granted everyday. Innovation is the life blood of manufacturing and innovation requires investment.

Share on FacebookShare on TwitterShare on Linkedin
Blowdown of Rugeley Power Station Cooling Towers
Part 2 – Are your systems fit for the future?

By configuring your existing OT solutions, such as SCADA, Historian and MES, you can integrate real-time energy usage data within your existing platforms. One of the significant benefits of undertaking monitoring in this way is that it becomes effortless to determine the effect of utilities on your total cost per unit of production.

Mix and match or all in one? Point solutions for individual functions to provide new capabilities in your manufacturing operation may seem a sensible way to start. However, the issues with this approach can become apparent all too soon.

A weekend at the heart of the British Grand Prix

This weekend Astec loaned our Marketing Manager, Adam Burgess, to Pirelli for the #BritishGP weekend to photograph their Hot Laps experiences.

Does your business track Critical Control Points? If so, are you able to retrieve that information quickly and easily?